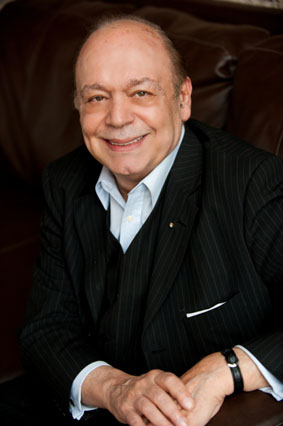 MAKE A FORTUNE
Just Snooping Around!

Sorry … I can’t tell you that I was broke, destitute, or down to my last dollar when I did it. — The bill collectors weren’t banging on my door either. (I had been a multi-millionaire for a good many years then.)

Every once in a while just plain DUMB LUCK can make you a fortune. That’s what happened in this case … I MADE OVER A MILLION DOLLARS just snooping around – AND – I didn’t even do most of the snooping; somebody else did it for me.

Do you want to know how I did it?

Well … while I was snooping around, I came across something that sounded interesting. So, I asked a couple of my people to go out and snoop around what I had found and see if it had any value. — Less than 60 days later, my curiosity was rewarded by more than a million dollars.

After I closed the deal, I realized that I had just made THE EASIEST MILLION DOLLARS I HAD EVER MADE and … Guess what? … anybody with a lick of sense could have done the very same thing. — Beyond that, I could have done it WITHOUT ANY MONEY!!

The more I thought about what I had just done, the more I wondered if there were other opportunities around like the one I found. So, I began snooping around again. — Sure enough, I came across a bunch of deals very much like the one I had just closed. The only difference was I could only make from $10,000 to $100,000 on most of those deals. (But, even that’s better than the proverbial stick in the eye.)

Then, I told a friend of mine about the deal I had done and the deals I was working-on. — After he learned what I was doing, he went out and did some snooping around on his own.

When he came back to see me, he told me about a deal he was working-on and told me, “Jim, there are hundreds of thousands (maybe even millions) of deals like these all across the country. But, nobody can chase all of them down.”

That got me to thinking … again!

What if I wrote a report about what I had done and told people — step-by-step, point-by-point — exactly how I did it. Then, the people who read my report could go out and snoop around for the same kind of deals in their own neighborhoods. Since there are so many of these deals around, the people who read my report could make a bundle of money and I would make another million selling the report.

As soon as I finished writing the report, I showed it to some of my good friends and asked them to tell me what they thought the report was worth. — One of them said he wouldn’t give out that kind of information for less than $5,000. — One put a price of $1,000 on the report. But, most of them said to sell it for $500.

Well … if I charged that kind of money for the report, only those people who are already rich would be able to afford it.

And, even though I’m not going to offer a refund at that price, I will give you …

PLUS … by special permission … I’ll even tell you about the deal my friend found within 24 hours after I told him what I had done. He only made $20,000 — but — he did it in 3 weeks, WITHOUT ANY MONEY!

By the way, I’ve been in business for myself (man & boy) for over 50 years … BUT … believe me, not once have I ever read anything about making money the way I made over ONE MILLION DOLLARS by just snooping around.

I’m waiting for your order.

Yours for Finding Profits,

P.S. — There are literally millions of deals like this across the country. I could come into your local area and find at least a half-dozen in no time – but – you can’t do it until you know what to look for.

“I recently bought your snooping around course and did my first deal. I made $50,000 for the first time in my life. I think from now on I’ll stick to buying just your products since, of all the info products I have bought over the years, your products seem to work in the real world where others have not worked for me.” — Darrell Tippett <[email protected]>